How to hypnotise your audience

You can learn how to hypnotise your audience by the use of some simple NLP techniques.  Have you often wondered how some speakers can appear to hold the audience in the palm of their hand?

Some of the great comedians have only to raise an eyelid or make a particular gesture to have the audience rolling in the aisles.  How do they do that?

Have you ever wondered how some preachers can take the whole congregation with them on an emotional wave?  You will observe that the collection will follow immediately after the sermon has concluded.

The techniques that follow may be useful when addressing an audience generally, in training groups, classrooms or any setting where you wish to influence the thinking of a group of people. 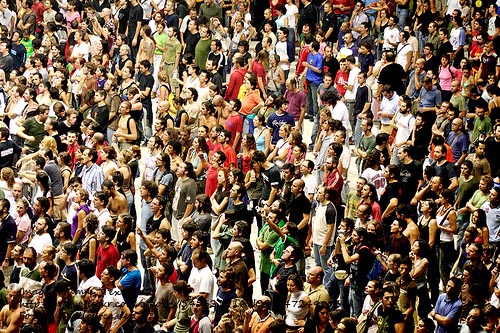 How to hypnotise your audience by gaining rapport

All good speakers concentrate initially on gaining rapport with their audience.  You can read more about rapport in a separate article on this website, and before endeavouring to get rapport with an audience you might like to try it on a one-to-one basis first.

How to hypnotise your audience with rep systems

Bear in mind when addressing your audience that while people use all their sensory representational systems (particularly, sight, hearing and feeling), most have particular preferences.

Therefore, don’t load your sensory language with one representational system at the expense of the other two.  Be sure to balance the language you use or two out of three members of the audience may switch off.

In other words, if you are describing an event that occurred, don’t just describe what you saw.

Find ways of describing also what you heard and the feelings it evoked within you.  In that way, you will get the attention of the whole audience.

At the beginning of any session get rapport with the whole group instead of particular individuals.

If you and the group are all involved in the same behaviour at the beginning, you will soon get that rapport.

How to hypnotise your audience by agreement

How often have you been to a seminar and the speaker starts by saying something like, “How many of you have heard me speak before?” and, as he does so, he raises a hand?

The speaker won’t do that unless he is fairly certain that a number of people have done so.  If not, he may ask a different question like “Who saw the President on television last night?”

When he raises his hand and a section of the audience raises their hands with him, he immediately has rapport with them.

The questions will often go on:  “Who would like to be independently wealthy?”  That gets most of the hands up straightaway.

Sometimes the speaker uses simple truisms such as, “We are all here today to learn about executive coaching”, or “Have you ever wondered what it would be like to stand in front of an audience and make a complete fool of yourself?”

Once you get the group agreeing with you and with each other, you have gained rapport and you can think about starting to lead them where you want to go.

If you have handouts, start passing them around.  Everyone using the same material, including you, is another way of binding your audience together.

Make sure that your eyes are constantly moving to the edges of the group and to the farthest and nearest reaches so that eye contact is maintained and everyone feels included.  If you don’t you will lose them.

How to hypnotise your audience with spatial anchoring

The next hypnotic technique is spatial anchoring.  If you haven’t already done so, it may be a good idea to refresh your mind about NLP anchoring when you have read this page, and then re-read it. 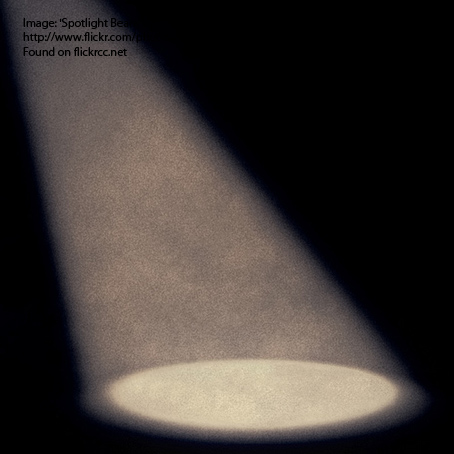 This technique of spotlighting is ancillary to the main article but it would be useful for you to have a complete overview of anchoring.

In your mind’s eye imagine a circle on the floor in front of you and assign a colour to it.

Think of an experience when you felt powerful and confident, or any other episode that gave you strong, positive feelings.

Now as you visualise that experience, see what you saw, feel what you felt and hear what you heard.

Intensify those feelings, making them stronger, richer and louder and, just before they reach their peak, step into the imaginary circle in front of you.

Once you are in that circle you should be aware of the physiological changes within you.  If you don’t, it may be that you have not intensified the feelings sufficiently or they peaked too soon.  If that is the case, try again.

Assuming all went according to plan, step out of the circle.  What you have done is to anchor those feelings in that imaginary circle which, because it is in your mind, is portable and can be carried with you.

How to hypnotise your audience with different states

A way to strengthen those feelings still further is to stack the anchors by adding different positive memories.

You can, of course, create different spotlights with different colours for different states you wish to access.

Then, when you are addressing your audience, you can imagine the lights in different parts of the stage or room and move to those position to access whatever state you wish.

Now you know this, watch the way comedians and other speakers work.

They may get a laugh by telling a joke in a particular position on the stage before moving off to another part of the stage. 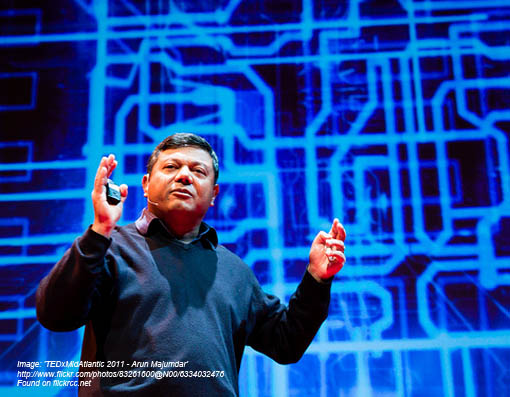 When they want the audience to laugh again, they will move back to the original position as they tell the next joke.

Before long, they merely have to move back to the same position and the audience is beginning to laugh before they reach the punch line.

How to hypnotise your audience with gestures

Some entertainers and speakers will create the same response by a repeated hand gesture or raising the eyebrows.  The clues may be quite subtle, but there will be a system.

States of confidence, calmness, sadness or any other state you can possible think of, can all be accessed in this way.

The more you move to a particular position to convey a certain type of message, the more the audience will expect to hear it and respond accordingly.

Spend time learning and practising the techniques and become a much more powerful presenter.  Your audiences will love you for it.

Return from How to hypnotise your audience to 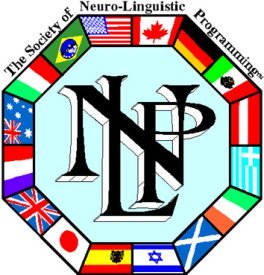