Pay close attention to your body language signs.  Observe the body language of others carefully.  Those two pieces of advice will help you significantly.

First of all, just get used to doing it.  You may surprise yourself   how much you learn by your observation. 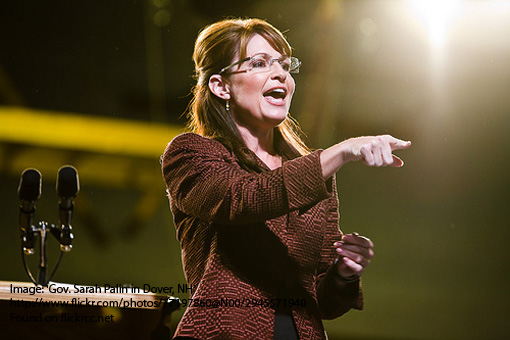 My father taught me things about body language that psychologists have been catching up with ever since.
He always knew when I was lying, because my posture was all wrong.

It is said that 80 per cent of what we convey is read from our body language and not interpreted from the words we speak.  Note how what is said affects not only the receiver but also the giver in any communication.

Look across a crowded room when you are at a party or in a cafe.  Concentrate on people who are too far away to hear.  Watch their body language.

You will soon get an idea of what is going on. In cities particularly, people often use cafes for business meetings or even interviews.

If you are a parent, you will be well used to your children’s body language.  Usually they won’t need to tell you if they have misbehaved.

In fact, they won’t need to say a word.  You will know by their behaviour – their body language.  People are much the same the world over.

The body language signs of politicians

I was disappointed to see the body language exhibited at Prime Minister’s question time recently between both the Prime Minister and the Leader of the Opposition.

I won’t express my opinion about which performed better than the other.

Suffice it to say that both left much to be desired, and neither gave the impression of being a statesman of any gravitas.

At one stage they were each exhibiting what is known as the blamer role, pointing accusingly at each other.  If you have already read the page How to read body language, you will know that is a gesture which is regarded as rude and offensive in almost any part of the world.

It is a way of attempting to shift responsibility on to the other.  Their words are usually very non-specific or generalised.

That was underlined when one said of the other that he was “against choice”, whatever that means.

The great thing about that sort of expression from a political viewpoint is that it can mean whatever the listener wants it to mean.  It certainly doesn’t convey anything precisely.

The idea of pointing may be to imply fault on the part of the other but it is a negative gesture and onlookers rarely receive it positively.

To me they each appeared to be acting defensively.  Neither seemed to be coming from a position of strength.

Try this experiment with a friend.  Pay her a big compliment and as you do so keep pointing your finger at her.  Observe her demeanour.

Now ask her to pay you a compliment and point at you in the same way.  How do you feel?

Another sad piece of body language exhibited by one of the politicians was to place his arms by his sides with bent elbows and palms up, which came across as weak.  It is known as placating. 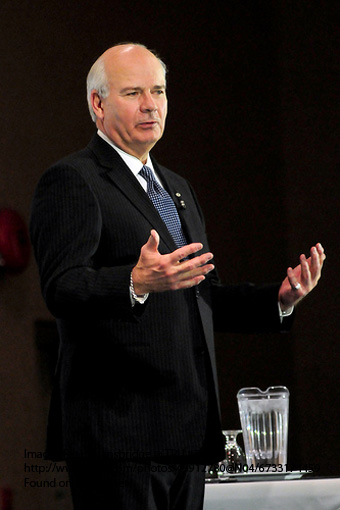 It appeared to say to the other, I am not in a position of strength like you.  It appears to imply that I do not have any choice and I have to give in.

It is not the sort of body language you would wish to see exhibited by your leader.

In some circumstances when you have a difficult message to convey, it can be used to advantage, but be warned that on the whole it comes across as a sign of weakness.  It is the body language of the “poor me”, the whiner and moaner.

A position that neither adopted – but one that can be particularly useful in coaching or consulting – is that known as computing:  placing the elbow in the hand of the other arm and cupping the chin in the palm.

This position gives an impression of calmness and reasonableness.  Perhaps it is not such an easy stance to adopt when one is in the thick of the action as these politicians were, but it is powerful if you wish others to think carefully about what you are saying.

It also conveys that you are willing to listen to the other’s point of view.  So many politicians, regrettably, see that as a sign of weakness, although their electors may take an entirely different view.

Again, try this posture for yourself when you are listening to others.  They are more likely to open up to you when they consider you to be a sympathetic listener.

Some people will switch rapidly between each of the positions described above.  This is known as distracting.

I didn’t observe either of these politicians doing so, but when switching in this way people will often angle their body awkwardly as well.

They appear to look as if they might leave at any moment and give the impression of confusion.

What they say often seems to make no sense at all or, if it does, it is entirely irrelevant to what is going on.

Body language signs of a comedian

It is OK if you are a comedian on stage trying to raise a laugh, but if you want to be taken seriously it is best avoided. 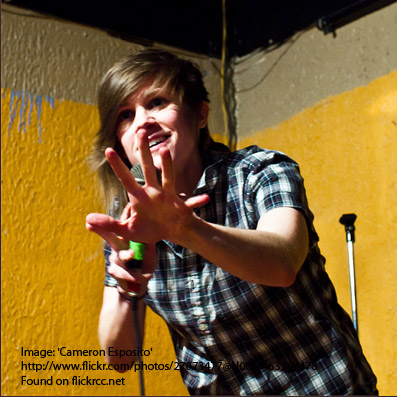 If you wish to give the impression of influence and gentle assertion, adopt body language signs I often used in court as an advocate.  It is known as levelling.

As you are speaking your arms will be by or near your sides, elbows bent but this time your palms will be pointing down.

This posture conveys the idea that you are presenting the facts as they truly are and that you are accurate and honest.

It is an excellent method of reinforcing your position firmly but gently and in a way that is likely to be well received.

Experiment with friends.  Try demonstrating each of the four categories described but each time use the same words.

Note the difference to you as speaker when the words and actions are incongruent.  Then take careful note of the incongruences when you are listening to your friend.

If you haven't already done so, you might like to take a look at How to read body language.

Return from Body language signs to 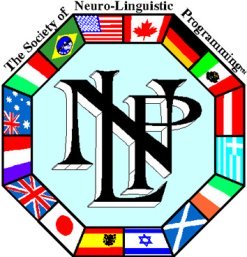