Use NLP to Stop Smoking
(the first steps)

If only my parents had used NLP to stop smoking

I wish my dad had used NLP to stop smoking.  He used to say that he would give up smoking the day it made him cough.

As a teenager I remember him getting out of bed in the morning and I could hear him coughing through the walls of the bedroom.

This went on for years. Somehow he managed to ignore the fact that he coughed every morning when he roused himself or, if he did not entirely ignore it, he certainly didn’t associate it with his 40-a-day habit.

I remember when I and my brothers were children our sitting room had to be redecorated annually not only to renew the smoked stained wallpaper but also to make the yellow ceilings white again.

Smoking may bother others – but it’s killing you 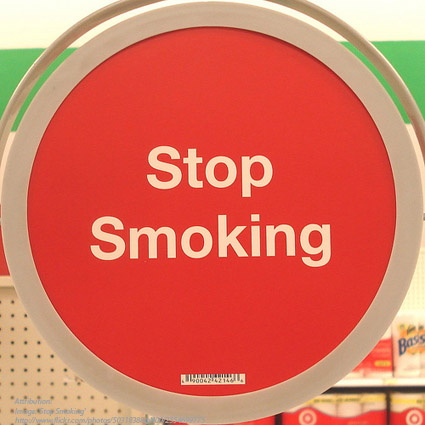 When I was a young man smoking was fashionable, considered to be sexy even (even my first used car came complete with nicotine stained interior), but I am glad to say that attitudes have since changed certainly in the United Kingdom where we live and smoking is banned by law in public enclosed places.

I lost both my parents to smoking related diseases when they were comparatively young. They were raised in times when smoking was popular and encouraged, but we now know better – or we should.

Use NLP to stop smoking and avoid illness

We know now that even passive smoking is dangerous and predisposes smokers to the risk of certain cancers, and is a cause of heart disease, serious lung illness and a host of other ailments too diverse to mention.

So why do so many people take up smoking and continue to smoke in spite of the hazards?

Perhaps they take it up because they considered it cool at the time, they wanted to fit in with friends or it was an experiment, but then it just became a habit or type of dependency to be replaced by something else – like eating – when they give it up for periods.

Use NLP to stop smoking and craving cigarettes

The first thing the smoker needs to do is keep making pictures – run the film on to the end.

They would see the weeks and months go by and hear a hacking cough developing, see the yellow nicotine stains on their fingers and on their teeth, see the faces of others as they experience the foul smell of their breath, see themselves breathing badly, coughing, feeling chest pain, seeing the cancer spreading through their bodies and dying at an age too young to contemplate.

Use anchoring and NLP to stop smoking - Quitting smoking timeline

You really can use NLP for smoking cessation. You don't need to take an NLP course to do so. If you are a smoker, start by making the pictures in your head but run the film right the way to the end until you can see the undertaker looming large.

As you run the film on, make the pictures larger and larger, brighter in colour. Hear the sounds you would hear: the wheezing and coughing. Feel your suffering as you get weaker and feel physically repulsed at the sick at the sight of yourself.

As the feeling of revulsion reaches a peak, press the thumb and forefinger of your left hand together and anchor that bad feeling. Repeat the exercise several times.

The next time you feel like a cigarette, press that thumb and forefinger together. It will revive that feeling of revulsion.

Keep running the film and practising the exercise and repeat it every time you fancy taking another one from the packet. Every time you resist you win and instead of the future contracting, it starts to draw out in front of you beyond the distant horizon.

Return from Use NLP to Stop Smoking to 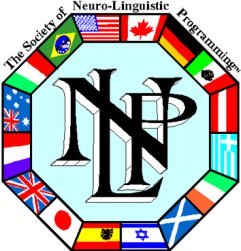